“It’s cheaper, faster and simply more comfortable to work with constant light”, says Michał Warda, an experienced wedding and commercial photographer. Using examples, he explains how he uses LED panels in the studio and on location.

Michał Warda, who is one half of the White Smoke Studio collective (the other half is Dorota Kaszuba) is well-known for choosing his tools very carefully. When it is not a wedding season, he mainly works in his studio in Ochota, a district of Warsaw, or on location and organizes small commercial, advertising and personal branding photo shoots. As far as lightning is concerned, he mainly uses LED panels from Nanlite. Why does he choose constant lighting? We asked him to share his experience with us and show us a few examples of how he uses LED light in various photo shoots.

What are the advantages of LED light? 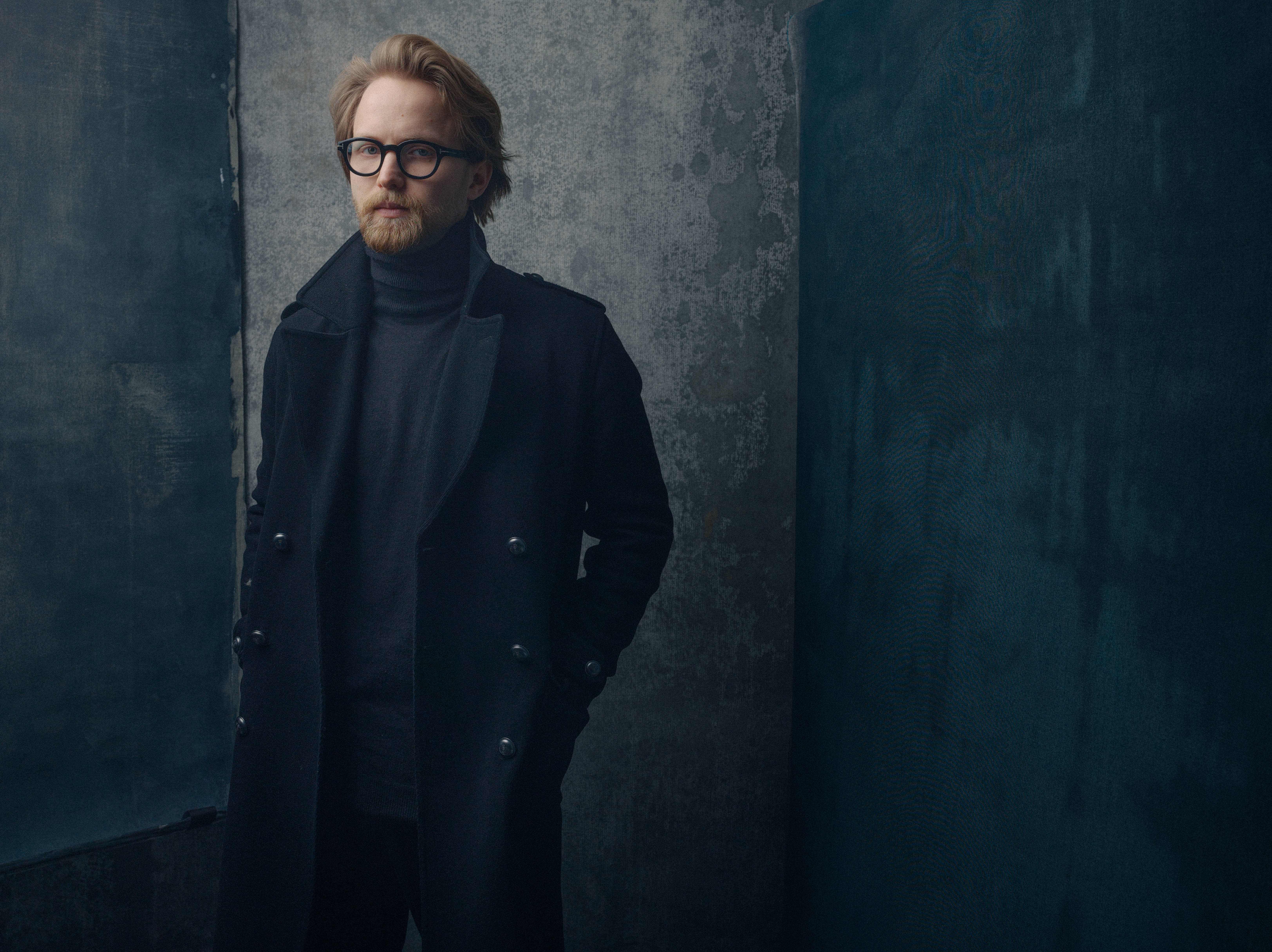 This photo was taken with only one Nanlite Forza 500 light placed on the left. I used full power with double diffusion (two diffusers with a grid and a 120 x 120 cm frame). A flag blocked the light to prevent it from illuminating the background too much. The side background on the right also acted as a black screen that absorbs too intensive light. In the studio, we usually call it a “negative fill”.

High power Nanlite Forza 500 gives a lot of light. Despite a narrow aperture of a medium format camera, we had enough power. Apart from that, Nanlite Forza 500 provides great color reproduction, which significantly reduces the time spent on editing. 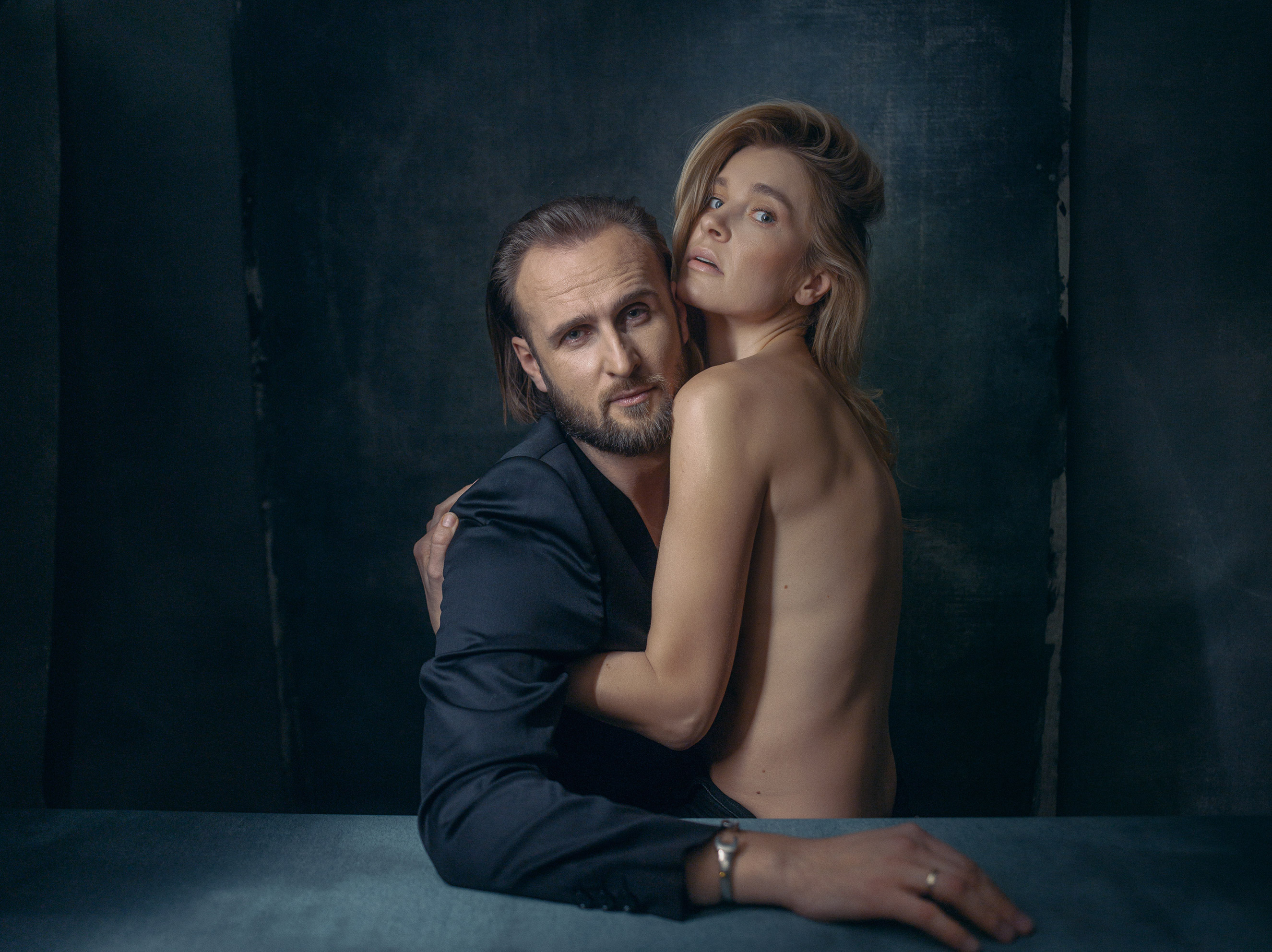 One light with two tubes

We wanted to get a photo that would be nicely sculpted with light only and wouldn’t need any further post-production. This photo really needed just a few edits. We used three lights. Behind their heads, we had one Nanlite Pavo Tube 15C. Light on the right side comes from Forza 60 LED softened with a diffuser. On the same side, but not in one line, I have placed another PavoTube 15C, this time with a grid that made the light more focused.

We take a set consisting of Nanlite PavoTube 15c and Forza 60B for almost any assignment. A small light, many possibilities. 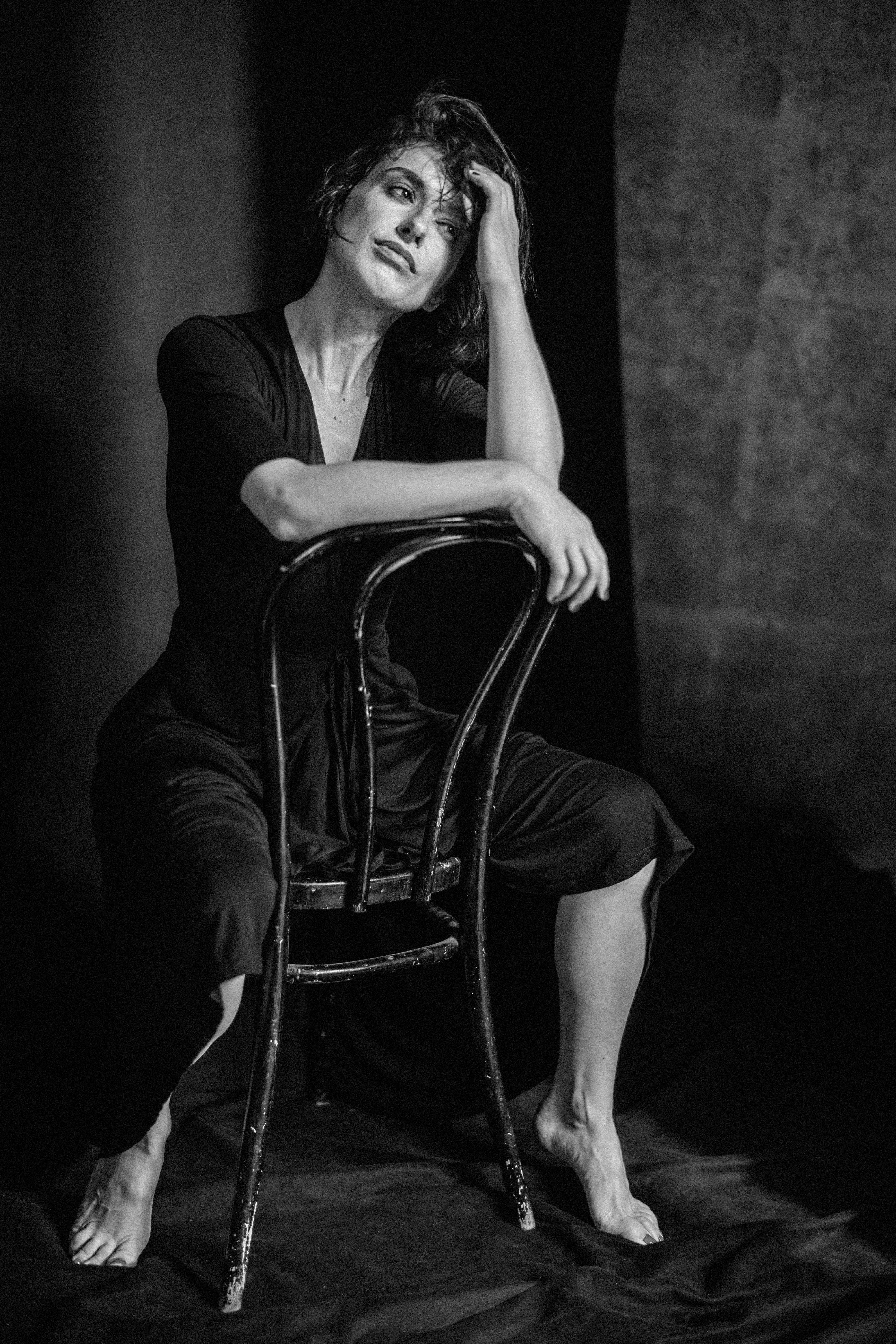 This Lindbergh-style photo was made using two lights. One of them, Nanlite Forza 60, was directed from above towards the hair to give it a soft glow. In the front, we placed two V-flats (tall V-shaped blends) with a Forza 500 and a parabolic softbox, but without any diffusers. This way we achieved a sharper, more focused light that makes you feel that the model sits in the sun. Converting the photo to black and white gave it a nice texture and a look that resembles theater photography that I wanted to achieve.

Using LED light, it is much easier to control the effect, when you illuminate the face with harsh, direct light. Capturing nuances and shadows is crucial for the final result. 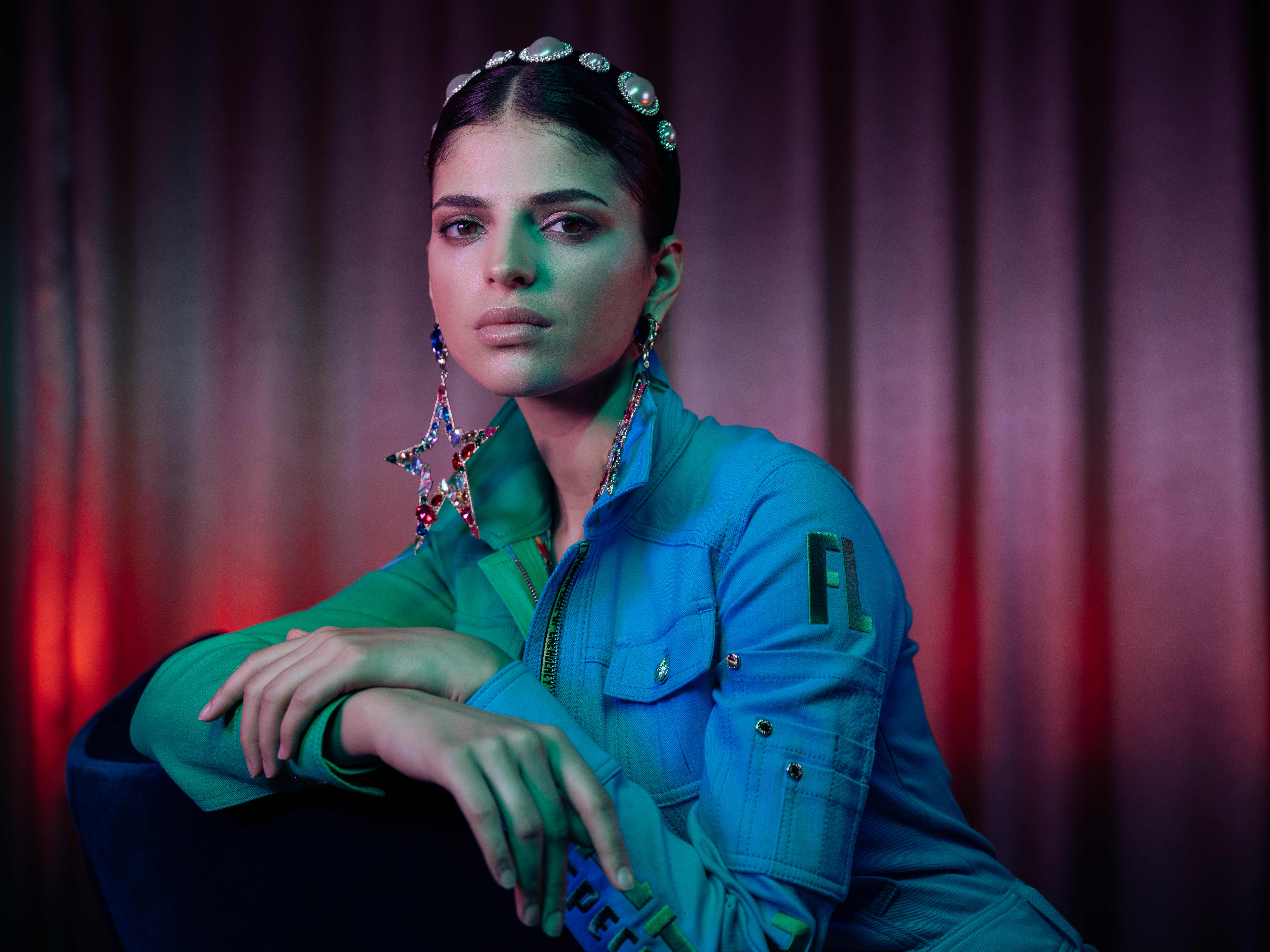 In this commercial photo shoot, I have used two LED Nanlite Mixpanels, three PavoTubes and a flash, all mixed together. Mixpanels with full power were placed on the sides – it’s a great solution if I need to quickly set up a colorful scene with high power. The curtain behind the model was lit from each side with PavoTubes. Flash with parabolic modifiers was only used to fill up the shadows. Nanlite Mixpanels are like a Swiss Army knife – very versatile. They offer quite large lightning area, so they work well whenever I need to illuminate the entire room or simulate a sunset coming through the door.

They provide strong, sharp light in a wide range of colors. Moreover, Nanlite Mixpanel is powered with one V-lock battery, so it is also extremely portable.

The best thing about RGB lights is almost unlimited possibilities to create the mood of the scene. It means endless creative fun! 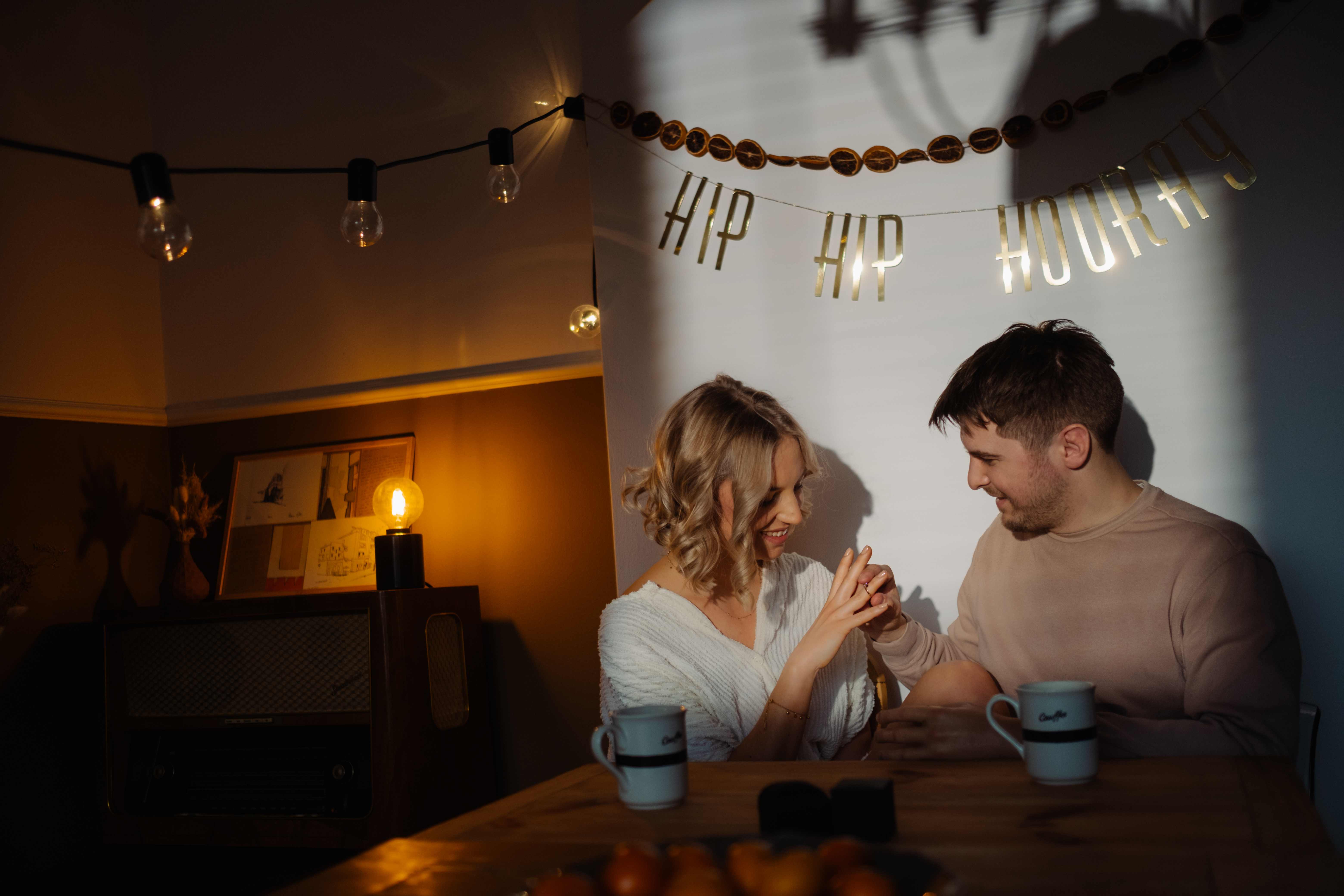 This lifestyle photo from an engagement session shows my favorite travel setup. It is a combination of Nanlite Forza 60B (Bi-color) with a projector which in this case simulates sunlight coming through a window. We placed it on the balcony on a very cloudy day, but we achieved the effect of a sunny morning. We placed a gobo disc in the projector that simulates window with blinds, which emphasizes the natural look of this scene. Why Forza 60B, and not 60? To be able to precisly adjust a warmer whiter balance, here approx 4200K.

What is a gobo?

In studio photography, a gobo means a modifier that allows you to project a pattern imitating natural light penetrating tree leaves or, in this case, the shape of a window with blinds. You can cut out a gobo from plastic foam, but Nanlite made it easier if you use a projector mount for Forza 60/60B. Just slide in one of many ready-made discs to easily achieve the desired effect. 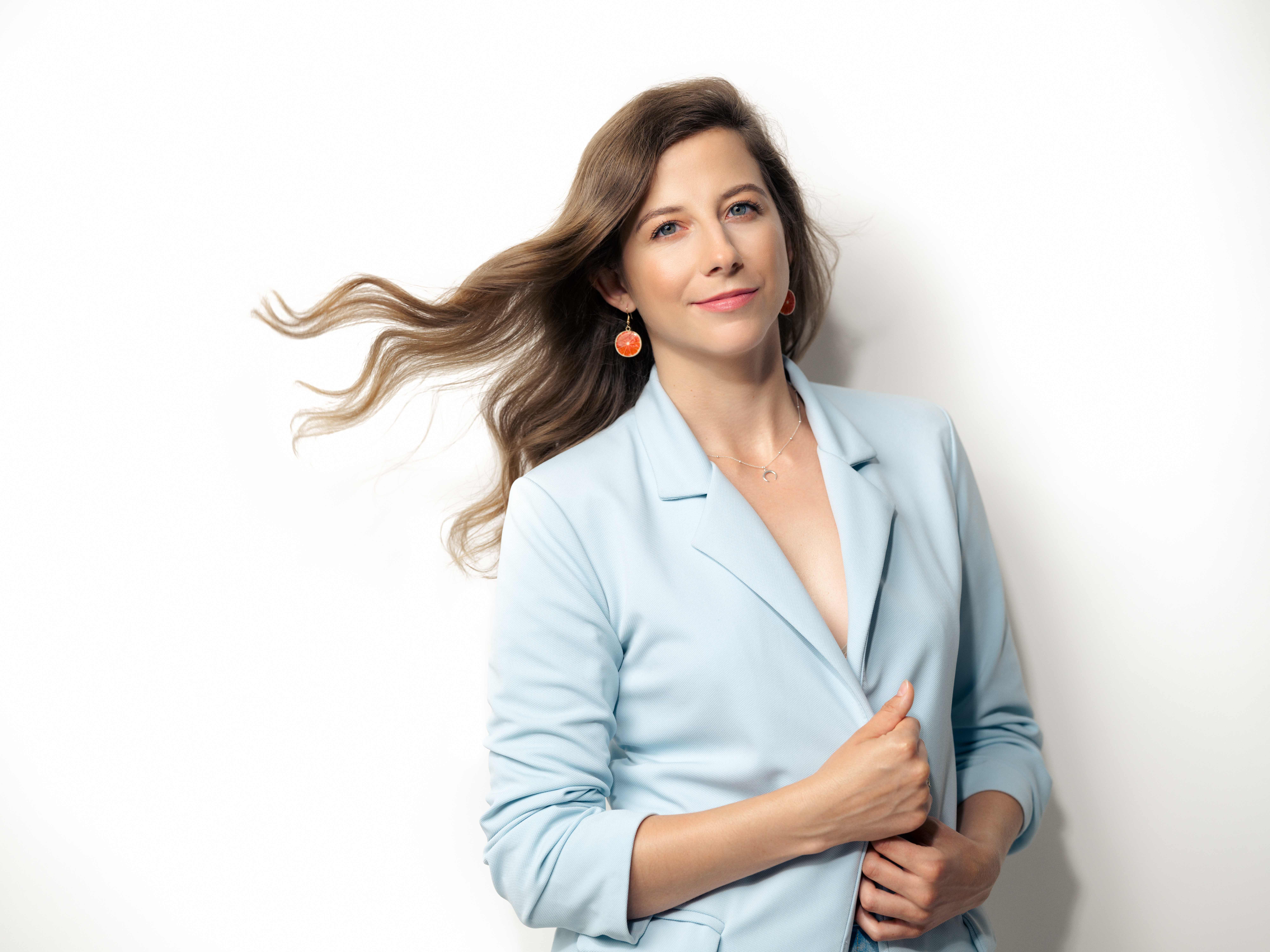 This is a good example of beauty light in a personal branding shoot. We wanted to achieve a really fresh look, therefore we used three lights: Nanlite Forza 500, 300 and 60. The main, very sharp light was Forza 500 with a reflector that was placed on the left and gave the model this fresh look. Add to that Forza 300 with a diffuser and an extra reflector to fill up the shadows. On the right side by the wall, Forza 60 makes a rim light effect – the light is slightly reflected and is barely visible on her cheek. White balance was set to 5500K for all three lights and as a result, we achieved a very commercial style. You can see that the light was strong enough for us to capture flowing hair with their details. It’s a great setup for filming too.